Each year at Nexus we choose a cause to support which we refer to as the ‘Second Mile Project’. Sometimes it is local, sometimes overseas. The aim is both to raise money and to learn about the cause we are supporting.

This year we are holding a monthly lunch on Sundays following morning worship, open to all. A 3-course meal is served - suggested donation £4 (free for students and children)

Embrace the Middle East is a Christian charity helping people of all faiths and none to free themselves from a life of poverty and injustice. Together with local Christian communities they work to bring lasting change to the Middle East through healthcare, education and community development projects. www.embraceme.org

The Bath & NE Somerest Carers’ Centre is a local charity supporting people who care for family and friends who need extra support day-to-day. The Carers' Centre offers information and advice, breaks from caring, emotional & practical support and puts carers in touch with other people who understand what they are going through. www.banescarerscentre.org.uk

‘All We Can’ (formerly The Methodist Relief and Development Fund) works with a partner organisation in Uganda, Voluntary Action for Development (VAD). www.allwecan.org.uk 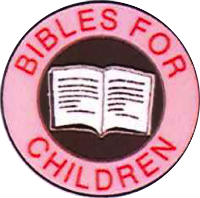 Bibles for Children was founded in July 1997 to advance the understanding of the Christian Faith through the provision of Children’s Bibles and Bible related materials to children in Primary Schools. www.biblesforchildren.org.uk

Rebuild is a mission trip for young people that will completely change someone else's life? What's more, it will change their own life too & the life of their group members!! ReBuild is an eleven-day experience where young people build a new home for a poor family in Mexico, right from the foundations upwards, in a few short days using just hand tools! Then they can hand over the keys and see the reaction as they literally change one family's lives forever!  www.urbansaints.org

In 2012/13 we supported Unchosen, a charity which raised awareness of modern day slavery, through the use of film. (Unchosen has now closed but the films but can still be viewed at www.encounters-festival.org.uk )

In 2011/12 we participated in a Christian Aid Partnership Scheme, along with 15 other churches in Bath. The aim of the scheme was to bring food security to 1,500 households in Matabeleland in southern Zimbabwe and is implemented by Christian Aid partners ZIMPRO and Lutheran Development Services (LDS).

In 2010/2011 we supported the charity ‘Children’s Homes in Zimbabwe’, which in turn supports other projects in Zimbabwe. The focus of our Second Mile Project was to raise money towards the building of the Logos High School For Girls in Gokwe.